WISDOM TOOTH turned 4 on Sunday. Happy Birthday to me!
Posted by Unknown at 2:58 PM 0 comments 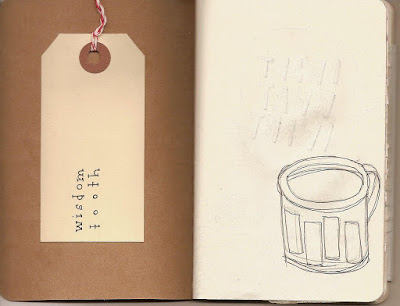 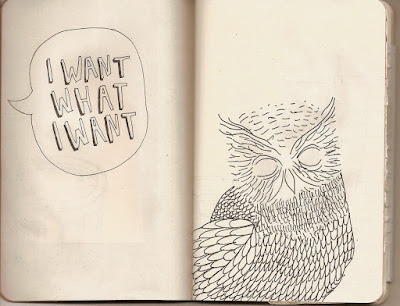 1. I entered The Sketchbook Project. It's going to be at 3rd Ward in Brooklyn on MARCH 13TH. Save the date, dudes! I am not the proudest of my creations but that's partially because I was working on a short time line / the wrong, sooner deadline. No apologies. You can find my entries here, on my flickr.

2. Marked Men "Ghosts" is ABSOLUTELY going to be on my tops for 2009. It has yet to leave my turntable, save for Neil Young at dinner.
Posted by Unknown at 10:47 PM 0 comments 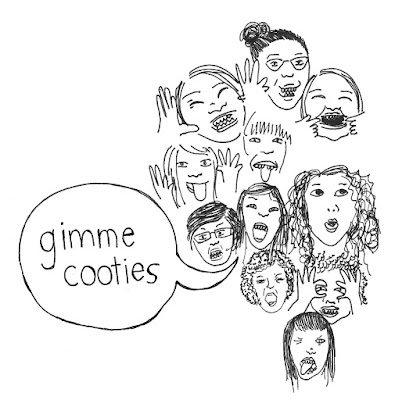 Here's the cover art I did for the Gimme Cooties comp, which will be available at the RIOT GRRRL COVER SHOW on Valentine's Day.
Posted by Unknown at 3:54 PM 0 comments 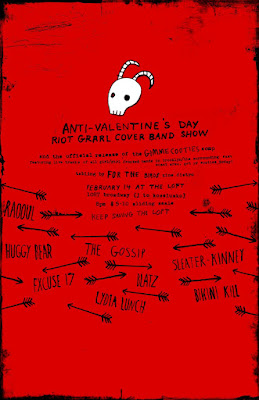 + For the Birds will be tabling at the ANTI-VALENTINE'S DAY RIOT GRRRL COVER SHOW on February 14th. We are co-releasing the GIMME COOTIES compilation with Kathi K., which will be debuting at the show. I'm doing the cover art for the comp. Cynthia, Kathi, Krista and I are doing Bikini Kill.

This will also be the release for the GIMME COOTIES Comp!

INFORMATION ON THE GIMME COOTIES COMPILATION:

"CD release of the GIMME COOTIES comp: featuring 18 live tracks of allgirl/girl fronted bands in brooklyn + the surrounding east coast area.these tracks were recorded throughout 2008-9 in basements and allages/diy spaces, and have been compiled to document a new wave ofbadass girls playing music and to reinforce the notion that the upkeep of grrrl punk love is contagious.
don’t get your cootie shots.

listen to this comp.

now go start a band with your girlfriends.

get yr cooties at the show! co-released by FOR THE BIRDS COLLECTIVE.
available as CDs and tapes, 3 bux.

+ Here's us with the For the Birds distro at the show at Purchase College last Saturday. Cheeky played, too: 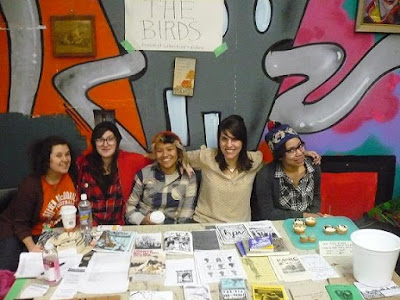 [L to R: me, Jess, Sandra, Cynthia, Aria
photo from cynthia ann]
Check out my entry on the For the Birds blog about some of the new items we have in stock, and Cynthia's famous cupcakes!