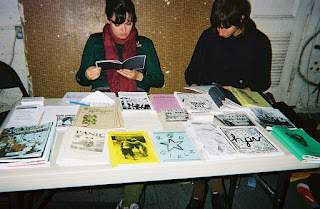 I'm crossposting something I blogged about on FOR THE BIRDS. Myself and some other Birds will be presenting at a conference this weekend. Here's the info:

FOR THE BIRDS feminist collective + distro will be both tabling and presenting at the upcoming Visions in Feminism conference in Washington, DC on April 4th, 2009. Our workshop, "Queer Eye for the DIY," is in the 2:00PM-3:30PM timeslot.

More info on the conference can be found at: http://vifconference.wordpress.com/

Links to this post
Labels: conference, distro, for the birds, official business, visions in feminism, workshop

Behind the Music: CHEEKY

Seriously, this is hilarious.


Cheeky - In the Studio. from If You Make It on Vimeo.

Dave and Katie did an awesome job with our ridiculous band. Brian Schleyer is (still) my hero.

Links to this post
Labels: cheeky, if you make it, what the heck

FOR THE BIRDS ON AFTER ELLEN

It's a little shout out but damn, us birds are proud.

Links to this post
Labels: for the birds, gimme cooties, official business, press 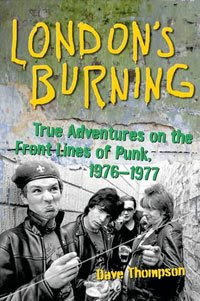 London’s Burning by Dave Thompson is treading ground that has been trod many times before, the birth of punk: 1976-1977. As much as this might seem redundant, and the subtitle “TRUE ADVENTURES ON THE FRONTLINES OF PUNK” might seem a bit overdramatic, it does kind of embody Thompson’s approach to this time period, which is that of the anticipation and excitement of a young kid in a burgeoning new scene. 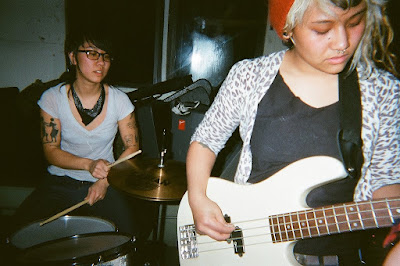 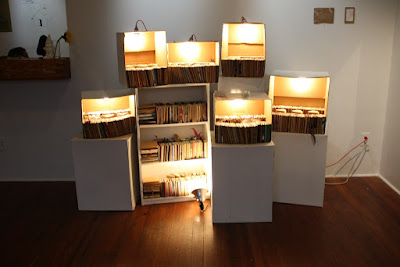 Officially launched Friday night, 2/27. There was a live broadcast. You can check out photos over at the Art House Coop's flickr. My sketchbook is in there somewhere! Remember, it's coming to Brooklyn March 13th. Come see, before you go to the Propagandhi show.