Last Tuesday night, I rode the Metro North up to Bronxville to visit Sarah Lawrence for a zine reading hosted by Kate Angell. Kate, a frequent collaborator and friend, recently established a zine collection at my alma mater, and organized the zine reading as a celebration.

I read the introduction to International Girl Gang Underground and one of my favorite pieces from the zine by contributor Katie Crutchfield. My dear friend Cynthia took this video so I could share it with you. I intended to also read my piece "This is a Thank You Song..." but wanted to leave enough space for the other speakers. 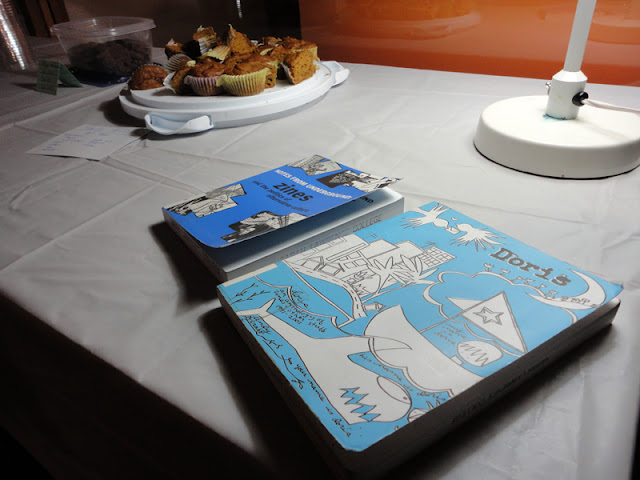 Kate and her librarian-partner-in-crime Charlotte Price (who recently moved to the Music Library at Sarah Lawrence) made delicious baked goods, which I thought looked enticing placed next to Stephen Duncombe's Notes from Underground and Cindy Crabb's Doris collection. 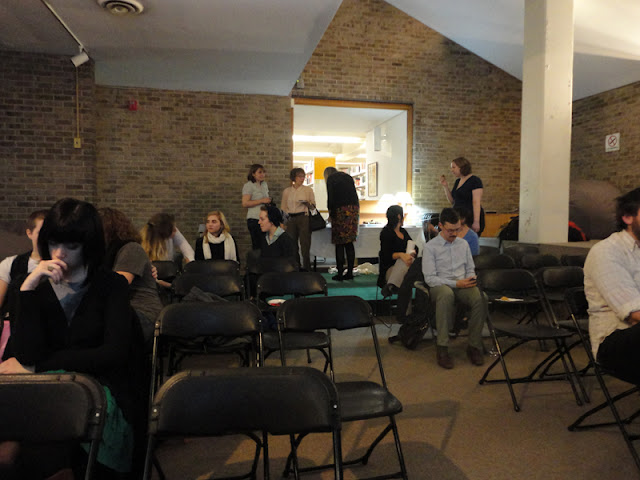 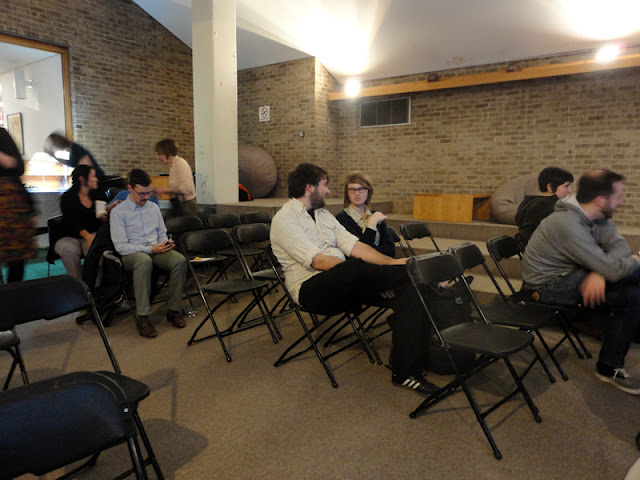 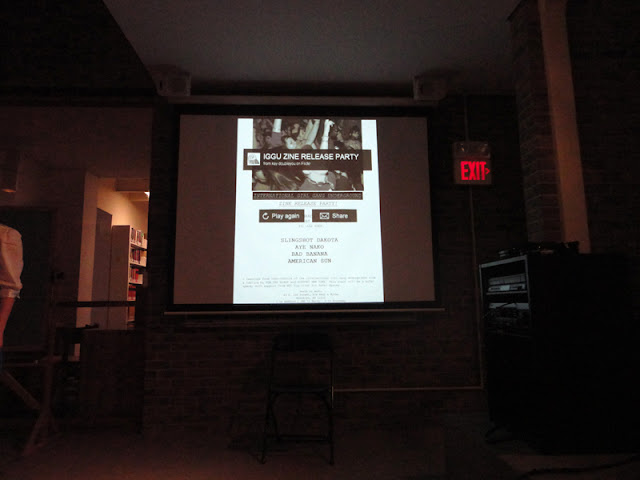 IGGU on the big screen.


Cynthia read from her zine Habits of Being, and now has an audiozine by the same title!


Annie Soga discussed the Portland Rock'n'roll Camp for Girls and read selections from the campers' zines as well as her own contributions to Rock Camp zines. They were so great, I had to share.


I had no idea that a current Sarah Lawrence student, sophomore Stephen Ira, was going to be speaking as well. Stephen read from his blog, Super Mattachine, and discussed the intricacies of trans vs. gay identity. As a trans gay guy himself, Stephen had a lot to say about the two identities being pitted against each other, as well as the misogyny that seems to be at the root of this. He is planning a forthcoming zine project on related topics. 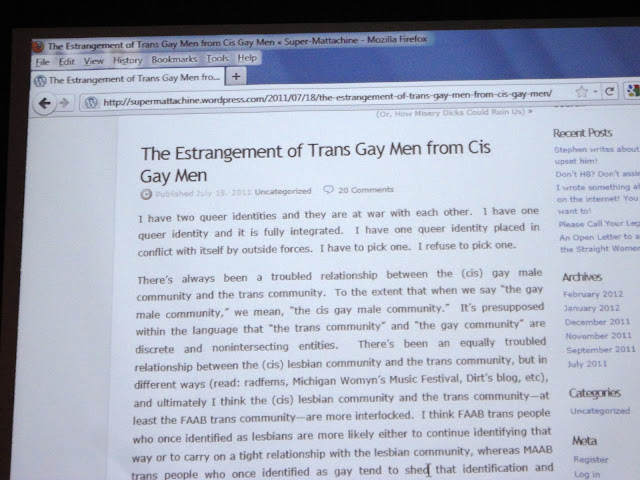 One great thing that was reinforced for me yet again is that zines (and zine culture) are so adept at allowing space for difficult dialogues. 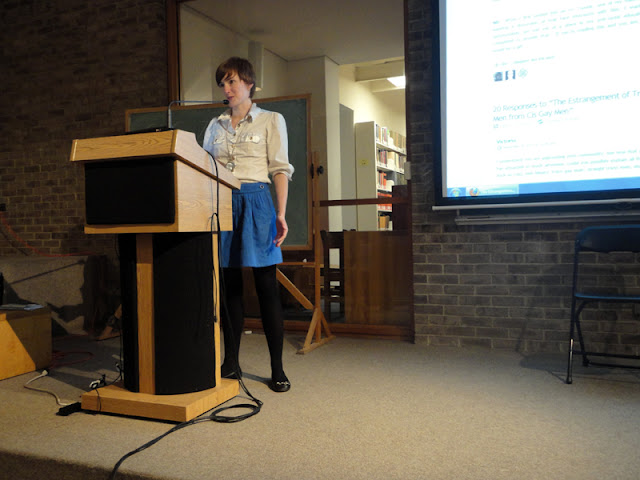 Kate closed the night, still looking fancy as ever, and thanking the likes of the Raincoats, cookies, and the G train.
Posted by Unknown at 7:24 PM